Tricks to Select Perfect Microcontroller for Your Application

How Raspberry Pi is Better Option for Robotics Projects

Robots using Raspberry Pi: The raspberry pi was created with the goal of education in mind. It is the ultra-tiny computer which is designed into the small and cheap so that it will simply afford them to reach the students about computers into a great tool for learning more about computers.

In fact, the raspberry pi is a type of small computer which easily connects to the internet and also interface with a lot of hardware components. There are several people who may utilize to make a server for a home. VPN, weather station, cluster, small game server, and so on. But the Raspberry pi is more used on these robotics projects.

Raspberry Pi Board is Tiny

Important to realize, the raspberry pi board is the size of a credit card, which makes the perfect for embedding it to the robots. You are not required to finding the extra space or else adding the 2KG payload, Microcontroller Programming and the raspberry pi can just fit.

In order to, it is small in size, and you may not underestimate what a raspberry pi can do. It is powerful as a smartphone. In this latest vision on the market, Raspberry pi 3 can use a quad-core processor and 1GB RAM. You will run a real OS on its Raspberry pi. Such as Ubuntu, raspbian or else window IoT. So basically you will do the same things you will have done your laptop. For example you will run the software such as Minecraft or else wolfram on a Raspberry Pi with raspbian. There are many software that is doing a better job, so you may require to program the calculations yourself. 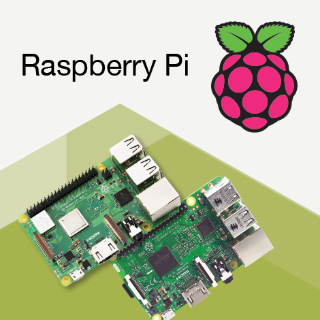 Raspberry Pi didn't look familiar as it without its large community. Robotics using Raspberry Pi projects are everywhere. You are always finding a cool project online, tutorials and also its helps from the community using forums, blogs and also posts. If you like an open-source project, have to look at a robot operating systems (ROS) which its run with the Ubuntu installed on its Raspberry Pi board. It is more stable and enhancing the community is an essential factor of product success. We can see the raspberry pi boards continue to evolve for a while.

A Lot of Inputs/Outputs

In this Raspberry Pi is not only a computer. With the 40 GPIO Pins, you may simpler to connect to a lot of actuators and also sensors. You may utilize several protocols for connecting your board to other hardware devices. Like serial, spi or else i2c. It is one of the essential points, as it makes a Raspberry Pi boards compatible with the most devices you will find for hobby projects.

There are several products that can find the internet. The two above can create your robot more intelligent among using the image processing tools and also display the user interface to the screen.

Simple to Use Compared to Industrial Technology

You just require to downloading the operating system writing it on your micro SD card, connecting your Raspberry Pi to a screen. You may begin with zero programming knowledge. If you want to utilize the raspberry pi for the robots, you may need to know some of the basic programming and how it will connect the hardware devices. There are so many tools are available to make your life simpler with that, and you will start still count on the better community online.

In the final analysis, Raspberry Pi boards are a great and powerful tool for robotics applications. In this current version is Raspberry Pi 3 and it will be more improvements and efforts to make it accessible to everyone.